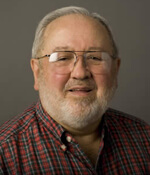 Richard “Dick” Lamanna, an associate professor emeritus in the Department of Sociology, died Wednesday (May 22) at his home in Holy Cross Village. He was 86.

A Notre Dame faculty member for more than 35 years who served as department chair on multiple occasions, his research focused on urban sociology, race and ethnic relations, religious beliefs and practices, and urban poverty.

“Dick Lamanna was a great contributor to everything in which he involved himself,” said Kevin J. Christiano, an associate professor of sociology. “He had a knack for working mostly behind the scenes, so he did not always get the full credit that he deserved for his accomplishments — and he was not vain enough to covet that type of recognition.”

The author of numerous books, articles, and research studies, he won the National Conference of Catechetical Leadership’s 1998 Award for Excellence in Research as co-author of Search for Common Ground: What Unites and Divides Catholic Americans.

Lamanna did extensive research on residential and educational segregation and on racial discrimination in housing for the South Bend Human Rights Commission. With Notre Dame’s Julian Samora, he co-authored a study on Mexican Americans in East Chicago, Indiana, and assisted in a statewide study of Catholics in Indiana. His efforts earned him Notre Dame’s Rodney F. Ganey Community-Based Research Award and the Urban League of South Bend and St. Joseph County’s Community Service and Civil Rights Award.

Lamanna was known for organizing annual trips to ethnic neighborhoods of Chicago and South Bend, helping his students see ways of life they had not previously encountered. He also organized community internships for students to work in legal aid centers, women and children’s shelters, and other social organizations.

“Dick was a great friend and mentor to me,” said Richard Williams, a professor of sociology. “He was the person who informed me that the Department of Housing and Urban Development was giving out grants for housing studies, which led to a major line of research for me. He did his own studies of housing discrimination in South Bend, some of which I still refer to in my classes.”

Born in Little Falls, New York, to Italian immigrant parents, Lamanna was the first in his family to attend college. He graduated from Fordham University in 1954, served in the Air Force from 1955 to 1957, then earned his Ph.D. in sociology at the University of North Carolina at Chapel Hill. 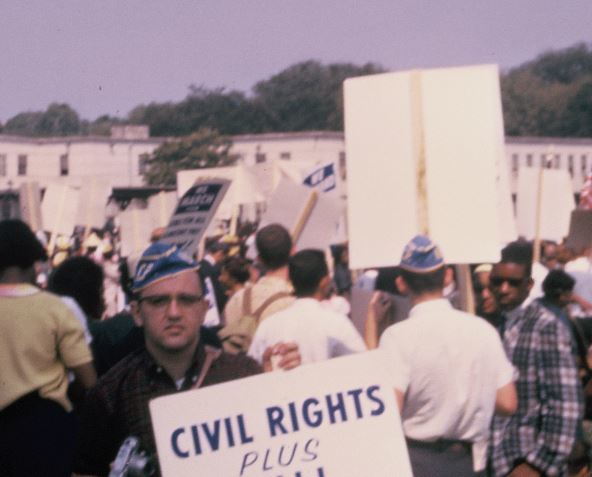 Lamanna at the March on Washington in 1963.

While in North Carolina, he became active in the civil rights movement, attending Martin Luther King Jr.’s March on Washington for Jobs and Freedom and his “I Have a Dream” speech in 1963.

Lamanna was a member of the Holy Cross parish, serving in multiple roles on the parish council. He served weekly meals at the Hope Rescue Mission for more than 20 years, was a founding member of the Women’s Care Center of South Bend advisory board, and was a campaign manager and organizer for former South Bend mayor Roger Parent.

“He was a friend to so many of us who came to Notre Dame without knowing anyone locally,” Christiano said. “He was an abundant source of advice, encouragement, introductions to the city, rides to events, and even hearty home-cooked Italian meals.”

He is survived by his sister, Teresa Moretti; his children, Larry (Janice) Lamanna and Valerie Lamanna; a nephew, grandniece and nephew, and step-grandson. A visitation will be held from 4 to 7 p.m. Friday (May 24) at Kaniewski Funeral Home on Bendix Drive in South Bend. An additional visitation and prayer service will be held from 9:30 to 10:30 a.m. Saturday at Dujarie House at Holy Cross Village for friends from the Schubert Village, Dujarie House, and Holy Cross Village community.

The funeral Mass will be at 11 a.m. Saturday at St. Joseph’s Chapel at Holy Cross College with a reception to follow at Andre Place Holy Cross Village. A memorial service and the burial will be held later in the summer in Little Falls, New York.

Originally published by Josh Weinhold at al.nd.edu on May 24, 2019.