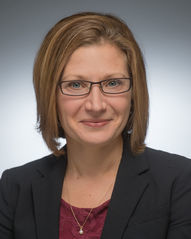 Sociology students, faculty, and staff have excelled in many areas of research, teaching and learning, and service this year.

At the undergraduate level, we successfully launched our new undergraduate minor, which enrolled over 50 students in its first year. The minor provides an alternative for students who do not have room for another major but believe sociology can augment their first major or future career. For example, one pre-med student I spoke with said she couldn’t fit in enough courses to major in sociology (though she wanted to), but knew our classes focusing on health, inequality, and social problems could help her become aware of how the backgrounds and living situations of her future patients might impact their health.

Beyond attracting new students, we increased the number of sociology majors studying abroad to 24 in the past year. Some of them conducted original research with the benefit of funding from our Eisch Endowment, and one of our students, Pete Freeman, was part of the first group of Notre Dame students to study abroad in Kigali, Rwanda, last fall.

At the graduate level, our new director of graduate studies, Lyn Spillman, recruited an outstanding cohort of graduate students with interests in the fields of education, religion, social movements, and other areas. They will join senior classmates who have distinguished themselves, such as Katie Comeau and Leslie MacColman, who were both awarded Fulbright fellowships to pursue dissertation research in Jamaica and Argentina, respectively, next year; and Brandon Sepulvado, who will be returning from Fulbright-funded research in France; and Kevin Estep who accepted an assistant professor position at Creighton University, alma mater to our own Rich Williams. Kevin and Rich can cheer together during basketball season–unless Creighton plays Notre Dame, of course.

In perhaps our biggest news of the year, we saw our departmental ranking jump to No. 32 in the 2017 US News and World Report Graduate School rankings, which is a gain of 10 spots in 4 years. This jump reflects the pivotal scholarship of our highly talented faculty, as well as the support we receive from the College and the University. Though this is the biggest move of any program in the top-50, we expect to repeat the gain in the next four years, given all the momentum among our faculty right now.

Here are just a few examples. At the junior level, we are continuing to hire outstanding faculty, such as Robert Vargas, a Northwestern graduate who joined us this year from the University of Wisconsin and whose recently published book, Wounded City: Violent Turf Wars in a Chicago Barrio, is already receiving national awards, such as the 2016 Outstanding Book Award from the Academy of Criminal Justice Sciences. At the senior level, Christian Smith, director of the Global Religion Research Initiative funded by the Templeton Religious Trust, just announced the names of the first 48 scholars to receive first round funding from the initiative to study social science research projects on religion outside the North Atlantic region.

On the teaching front, the College of Arts and Letters just announced our own Jessica Collett as the winner of the 2017 Sheedy Excellence in Teaching Award. This award is bestowed annually to a single faculty member in the college who has demonstrated sustained excellence over a wide range of courses using innovative methods and to someone who is recognized as being influential in the realm of teaching and learning in their department as well as in the College and University. The award has been presented since 1970 and only two other members of our department have received it – Andy Weigert and Dan Myers.

Best wishes to all for a peaceful and productive summer.