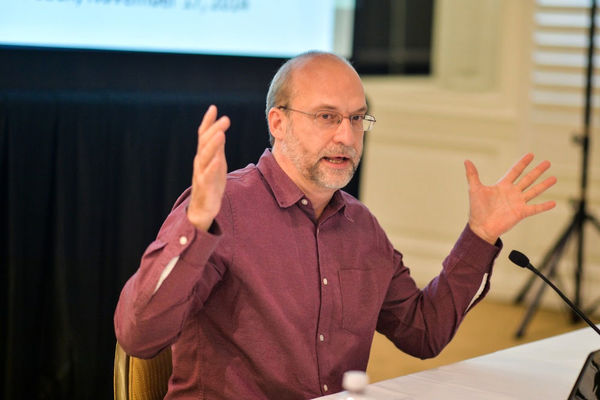 Christian Smith is the William R. Kenan, Jr. Professor of Sociology at the University of Notre Dame, the Director of the Global Religion Research Initiative (GRRI), was the Founding Director of the Center for the Study of Religion and Society, the Founding Director of the Notre Dame Center for Social Research, the Principal Investigator of the National Study of Youth and Religion (NSYR), and the Principal Investigator of the Science of Generosity Initiative. Smith worked at the University of North Carolina at Chapel Hill from 1994 to 2006, where he served as Associate Chair of the Department of Sociology from 2000 to 2005. Smith holds an MA (1987) and PhD (1990) in Sociology from Harvard University and has studied Christian historical theology at Harvard Divinity School and other Boston Theological Institute schools. Smith’s BA is in sociology (1983), from Gordon College, Wenham, Massachusetts. Before moving to UNC Chapel Hill in 1994, Smith taught for six years at Gordon College.

Since 2006, Smith has brought in more than $12.9 million in research grant money to Notre Dame. During his years at UNC Chapel Hill, Smith brought in about $8 million of research grant money. Smith is the author, co-author, or editor of numerous books, including Religious Parenting: Transmitting Faith and Values in Contemporary America; Religion: What it Is, How it Works, and Why it Matters; To Flourish or Destruct: a Theory of Human Motivations, Failure, and Evil; and Atheist Overreach: What Atheism Can't Deliver. He is also author or co-author of many journal articles. Smith’s scholarly interests focus on American religion, sociological theory, cultural sociology, adolescents and emerging adults, generosity, the philosophy of social science, and personalism. Read more about Smith's work in the following books: Souls in Transition: The Religious and Spiritual Lives of American Emerging Adults; What is a Person?: Rethinking Humanity, Social Life, and the Moral Good from the Person Up; Lost in Transition: The Dark Side of Emerging Adulthood;  Soul Searching: The Religious and Spiritual Lives of American Teenagers; Passing the Plate: Why American Christians Don’t Give Away More Money; Moral, Believing Animals: Human Culture and Personhood; The Secular Revolution: Power, Interests, and Conflict in the Secularization of American Public Life; American Evangelicalism: Embattled and Thriving; and The Emergence of Liberation Theology: Radical Religion and Social Movement Theory.