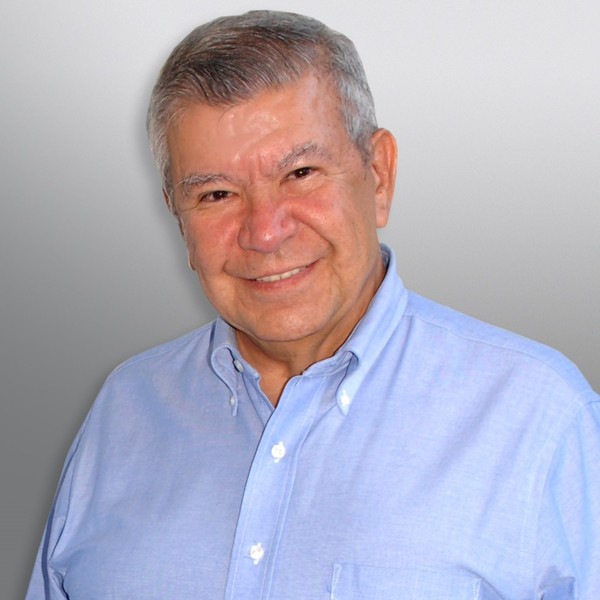 Jorge A. Bustamante is a Mexican sociologist with a Ph. D. from the University of Notre Dame, where he also holds an endowed chair (Eugene Conley Professor of Sociology) since 1986. He has been promoted to National Researcher by the Mexian National Council for Science and Technology (CONACYT), and Professor Emeritus by El Colegio de la Frontera Norte, a research and degree granting institute located in Tijuana, Mexico, of which he is also the designer and founder, when in 1982, he became its first President; from its creation until January, 1998. He is author of Migración Internacional y Derechos Humanos, published by the Law Research Institute, UNAM, in 2007. He was Chief designer to the International Migrations through the Mexican Border Surveys (EMIF), in El Colegio de la Frontera, the basis on which the first scientific estimates in undocumented migration to the Mexican Northern Border were produced, and continued surveying annually, applied across Northern and Southern Mexican borders, for public access since those early stages until today. He has more than 200 publications in scholarly journals of the United States, France, Germany, Italy, Japan, Venezuela, Spain and Mexico. The majority of these publications are research reports on: Mexican immigration to the United States, US-Mexico border phenomena and US-Mexico relations. Dr. Bustamante has been quoted as a leading expert in the field of international migrations by most major newspapers in the United States, as well as in his appearances in T.V. programs such as Nigth Line, 60 Minutes and the McNeil-Lehrer, News Hour.

He wrote a weekly column in the editorial pages of Reforma since June of 2006 to May of 2014, after having written a similar one in Milenio Diario of  Mexico City from 2000 to March 2006, and Excelsior from 1984 to 1997.  His research on international migrations was cited by President Miguel de la Madrid of Mexico when he gave Dr. Bustamante the highest award the Mexican government grants to Mexican scientists known as the “Premio Nacional de Ciencias “ in 1988. He has been a faculty member of:  the University of Texas at Austin, El Colegio de México in Mexico City, and the University of Notre Dame in South Bend, Indiana. As a visiting professor he has been in charge of seminars and graduate courses at the Universities of: California, Riverside; The National Autonomous University of Mexico and the Institute of Political Sciences of Paris.

On October 20, 1994, President Carlos Salinas de Gortari presented Dr. Bustamante with the National Award on Demography for his research on the Mexican migration to the United States.

During 1994, Dr. Bustamante accepted the following appointments: Member of the Joint Public Advisory Committee (J-PAC); Chairman of the Border Environmental Cooperation Commission (BECC).These bodies were created by the governments of Mexico, the United States and Canada as a result of the NAFTA “Parallel Agreements”. Consequential to Mexico’s membership at the OECD (May 1994) Dr. Bustamante was appointed Correspondent for Mexico by the OECD to SOPEMI’s (Continuous Reporting System on Migration). Dr. Bustamante continues serving as coordinator of the Social Sciences Committee of the Council of Advisors on Science and Technology for the President of Mexico. In September of 1995 he was appointed by the government of Japan as their Honorary Consul in Baja California, Mexico. In 1995 as a member of a binational group or researchers, he was appointed respectively by the governments of Mexico and the United States, to conduct research on various aspects of the Mexican migration to the United States. In 1997 the member countries of Latin America and the Caribbean, voted in favor of Mexico’s proposal to appoint Dr. Bustamante as one of a new 5-member UN committee to the worldwide study about the relationship between international migrations and human rights. In November of 1997, during the committee’s first working session in Geneva, Switzerland, Dr. Bustamante was elected President of this UN committee. One year later, he was reelected.

The Bank of Bilbao Vizcaya Foundation granted its annual fellowship to Dr. Bustamante on July of 1998. This is the first time this fellowship, one of the most prestigious in Spain, has been granted to a social scientist. It has been awarded to several Nobel prizes in the past.

Dr. Bustamante was appointed on May 12 of 2000 as UAM (Metropolitan Autonomus University of Mexico City’s) Junta Directiva. This collective body elect all the Chancellors and it is the highest authority for the UAM, consisting of three academically self governing universities, which has more than 200,000 students. They are known as UAM-Atzcapotzalco, UAM-Iztapalapa and UAM-Xochimilco. Each one has a Rector (Chancellor) appointed by the Junta Directiva. On January 2001 he was appointed as member of the advisory group on immigration and population policies by the Ministry of Foreign Affairs of Mexico. In the month of January 2003, was appointed as Emeritus scholar of the National System of Scholars of the National Council of Science and Technology of Mexico. Appointed as UN Special Rapporteur on the Human Rights of Migrants as of July 29 2005, position he held until June 2011. On January 3 of 2005 The Permanent Committee (Comisión Permanente) of the Mexican Legislative branch produced a resolution which was voted unanimously to nominate Dr. Jorge A. Bustamante for the Peace Nobel Price. On January 14 Dr. Bustamante was notified by the President of the American Sociological Association that he was selected as the 2007 recipient of the Cox-Johnson-Frazier Award, one of the two  highest granted to a sociologist in the United States. On October 26, 2010 the Mexican Bar Association awarded Prof. Bustamante the National Jurisprudence Award for his work in favor of the human rights of migrants. On December 13, 2011 he was appointed by the Mexican Senate as and advisor to the Director of the National Commission of Human Rights of Mexico. In December, 2016, he was appointed as a member to the Board of Trustees of the Center for Migration Studies, in New York City.