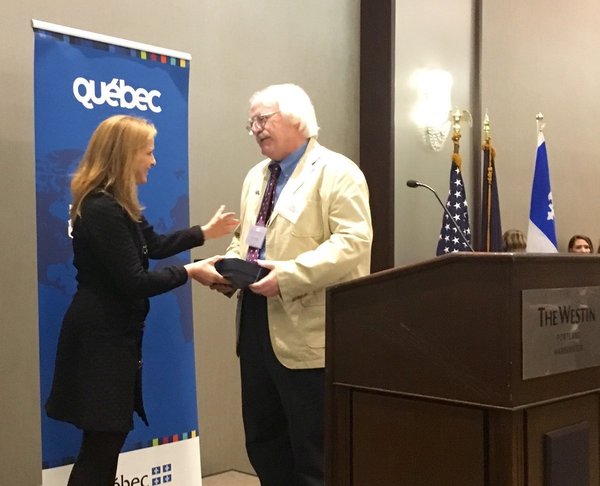 Kevin J. Christiano, an associate professor of sociology at the University of Notre Dame, is the recipient of the 2016 Prix-du-Québec, presented by the Ministère des Relations internationales et de la Francophonie of the Gouvernement du Québec in association with the American Council for Québec Studies.

The Prix-du-Québec has been awarded at two-year intervals since 1994 to a U.S.-based humanist or social scientist to recognize a career of distinguished academic contributions to the study of Québec and francophone North America, and to acknowledge a record of service to fellow scholars in the field.  The 2016 Prix was conferred on November 4 in Portland, Maine, at a reception that was sponsored by the Gouvernement du Québec and attended by Mme Marie-Claude Francoeur, Déléguée du Québec for New England in Boston and Maine Governor Paul R. LePage.