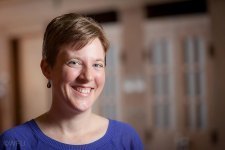 Political Conflicts and Policy Trajectories:  Race and Immigration in the Contemporary US Welfare State

Hana E. Brown joined the Department of Sociology at Wake Forest in Fall 2011. She completed her undergraduate degree at Bryn Mawr College (2001) and her M.A (2006) and Ph.D. (2011) at the University of California, Berkeley.  Dr. Brown’s work examines the relationship between politics, the state, and social inequality. Using an array of methodological approaches, her research analyzes the effects of political actors and institutions on racial inequality, the effects of immigration and racial divisions on policy outcomes, and the micro-level effects of state actions on the lives of racial minorities and immigrants.  Her research has been published in such outlets as American Sociological Review, American Journal of Sociology, and Social Problems.