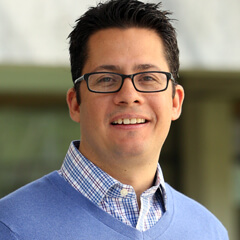 Roberto G. Gonzales is professor of education at Harvard University Graduate School of Education. His research focuses on the factors that promote and impede the educational progress of immigrant and Latino students. Over the last decade and a half Gonzales has been engaged in critical inquiry around the important question of what happens to undocumented immigrant children as they make transitions to adolescence and young adulthood. Since 2002 he has carried out what is arguably the most comprehensive study of undocumented immigrants in the United States. His book, Lives in Limbo: Undocumented and Coming of Age in America (University of California Press), is based on an in-depth study that followed 150 undocumented young adults in Los Angeles for twelve years. In addition, Gonzales' National UnDACAmented Research Project has surveyed nearly 2,700 undocumented young adults and has carried out 500 in-depth interviews on their experiences following President Obama's Deferred Action for Childhood Arrivals (DACA) program. His work has been has been featured in top social science journals, including the American Sociological Review, Current Anthropology, and the Harvard Educational Review as well as in the New York Times, Washington Post, Los Angeles Times, Wall Street Journal, TIME magazine, U.S. News & World Report, and Chronicle of Higher Education. Prior to his faculty position at Harvard, Gonzales held faculty positions at the University of Chicago and at the University of Washington. He received his B.A. from Colorado College, an M.A. from the University of Chicago, and an M.A. and Ph.D. in Sociology from the University of California Irvine. His research is supported by the John D. and Catherine T. MacArthur Foundation, the Bill and Melinda Gates Foundation, the Heising-Simons Foundation, and the James Irvine Foundation. Gonzales was recently awarded the American Sociological Association Award for Public Sociology in International Migration and the AERA Scholars of Color Early Career Award.